Consultation, collaboration and time are the three ingredients David Kaunitz adds to his architectural practice that transforms a design from a building into a place. David founded Kaunitz Yeung with his wife Ka Wai Yeung following his return to Sydney after living in the UK and the Solomon Islands.

David has more than a decade of community development and post disaster experience in South East Asia and the Pacific working for clients such as UNICEF, UNHCR, World Vision and the Governments of Australia, New Zealand, Solomon Islands, Vanuatu, Cook Islands, Fiji and the Philippines. As part of this time he spent four years living in the Solomon Islands, a period he says played an integral role in developing his approach to working with First Nations People and culturally diverse groups. David is also a fluent Pidgin speaker.

David’s European experience as senior architect and his unique relationship with remote communities underpins both the capability and direction of Kaunitz Yeung Architecture and its broad range of successful health, education, tourism and cultural projects for governments, organisations and commercial clients.
With projects in more than 30 Aboriginal communities, David has developed unique expertise working with Aboriginal stakeholders. He authored the 2017 update to the ‘Australian Government, Department of Health, Aboriginal and Torres Strait Islander Funded Capital Works Projects – Facility Design Guidelines’. Studio Esteta is an architecture and interior design practice founded in 2015 by directors Felicity Slattery and Sarah Cosentino. With its name originating from the Italian translation of Aesthete – a person who is appreciative of and sensitive to beauty – Studio Esteta harnesses architecture and interior design in equal measure, to create buildings and spaces that celebrate aesthetic appeal through honest and sophisticated methods.

The Melbourne based studio strives to approach each project with a worldly outlook, eschewing trends in favour of a more considered, directional and wholly tailored approach leading to contemporary designs of a refined and timeless nature.
Slattery graduated with a Masters of Architecture and Cosentino, with a Bachelor of Interior Architecture (Honours), and a strong relationship was formed whilst working for Clare Cousin’s Architects.

The pair leads a strong team of architects and designers to embrace challenge and develop tailored outcomes that are clever, considered and collaborative. 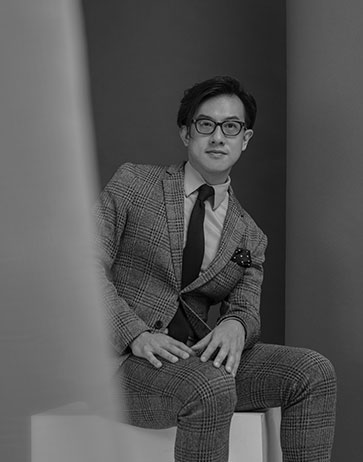 Manfred is the founder of Groundwork Architecture + Urbanism, London in 2007 and the co-founder of Groundwork Architects + Associates, Hong Kong and Shenzhen in 2011. Since 2007, apart from his practice, Manfred also served as a visiting lecturer at Kingston University, London and the Hong Kong Polytechnic University School of Design, teaching architecture design and history.

Prior to the founding of Groundwork, Manfred received his architectural training at the University of Cambridge and the University of Hong Kong (with First Class Honor). Manfred had worked with Coop-Himmelb(l)au, Vienna, where he was responsible for their operations in China.

Hawker Reload by Groundwork was the winner of The Influencer at INDE.Awards 2019. Sri Lankan Architect Palinda Kannangara has a background in Mathematics and Architecture. He joined the study course conducted by the Sri Lanka Institute of Architects and received his charter in 2004. Founded in 2005, his Sri Lankan-based architecture firm, Palinda Kannangara Architects, is known for an experiential architecture that hinges on simplicity and connection with the natural environment. The Firm’s work has been recognised for contextual sensitivity, crafted material use and a minimalism reflective of the Sri Lankan ethos. The firm has been the recipient of several prestigious national and international awards in its 14 years in practice. Their own Studio at Rajagiriya is one of the winners of the RIBA International Awards for Excellence in Architecture 2018. Ryan’s experience as a designer has crossed the fields of architecture and interior design, industrial design, theatre and exhibition design. He is most well known for his retail and hospitality interior designs. Described as a strategist, futurist and entrepreneur in the industry, he now ventures into the fields of information technology, augmented and virtual reality and software development. Ryan’s key strengths lie in the rapid assessment and development of innovative design solutions, and a sound understanding of the essential interface between design and commercial viability.

Byron’s experience spans from small object design to large scale architecture across several continents, ranging from multi-billion dollar housing developments to extensive heritage projects. With a philosophy encompassing a mix of curiosity, energy, and a fundamental belief in the ability of good design to change a person’s day for the better, Byron provides a wholly unique approach to architecture and design.

In 2010, after both winning the National Interior Design Award for Emerging Practice, Byron and Ryan merged their businesses – creating Russell & George. NG William founded STUDIO WILLS + Architects in 2013; An architectural studio of environment & experience design with a focus in making a better environment by discovering the potentials of present conditions. The aspiration to enhance the environment brings an approach of searching the extraordinary in the ordinary everyday life, through understanding of sensitive observations, thoughtful making, responsive teamwork and active collaborations.

Aside from practice, William teaches at School of Architecture (NUS) and is part of Awards Committee of Singapore Institute of Architects. Outside Architecture, William appreciates all things Asian and top-view goldfishes, Japanese Ranchus.

Project #13, by STUDIO WILLS + Architects, was the winner of The Living Space Category, INDE.Awards 2019. As the design director of STUDIO ADJECTIVE. Wilson believes a good design should be able to narrate a good story. During his practice in EDGE Design Institute, he has greatly involved in large scale urban, commercial and cultural projects with strong concept developments behind. Wilson co-founded architectural and interior design firm WALL Studio in 2010, with award winning projects such as Stack (Design for Asia Award) and Pacific Coffee Flagship store. In 2016, Wilson has co-founded STUDIO ADJECTIVE which further focus and develop story-telling architectural and interior concepts. Wilson is recognized by “40 under 40” award by Perspective and currently as a design columnist at CITY MAGAZINE, guest lecturer at Polytechnic University HKCC & “Honbito本人” for MUJI BOOKS.

Emily is the marketing & PR director of Studio Adjective. Emily focuses on delivering a complete strategy for a project in terms of branding and marketing ideas, in coherent with the spatial design. Communications between people is a very important focus to her, she believes every spatial/brand design should deliver it’s own unique story to people. A cafe, a retail shop or an apartment, it has to provide a sense of belonging that people would love to stay there and interact. And through the space, people will understand the importance of the spatial and branding strategy.

Studio Adjective were shortlisted for The Prodigy at the INDE.Awards 2019.